The foil band thwaps around the bottle’s neck, a split second later heat tightened under a miniature dryer bonnet. The bottles, standing up like a progression of toy soldiers, circle the bend on the narrow conveyer belt of this miniature bottling plant inside the truck that pulled up to the Dodon farm just hours ago.

Each bottle gets a cork, a foil seal and labels, front and back, which tell the story of what’s inside: Dungannon wine, vintage 2014, grapes a blend of mostly Merlot and Cabernet Franc, from vines planted years before. What the label may not reveal is how those vines have been watered, worried over, trimmed back, have had some insects shooed away while others were allowed to hover nearby. Once harvested, the fruit is destemmed and sorted; it ferments and then ages in a barrel made from French oak (Each of the barrel’s 27 staves is hewn from a different tree; the coopers are artisans who create these vessels to add flavor to the wine). Today, each bottle is dressed to go out into the world. But these soldiers won’t be heading to battle.

“Maryland is known for a lot of things. There’s the proverbial “crab cakes and football.” (Thanks, Wedding Crashers!) Or maybe black-eyed Susans and Chesapeake Bay sunsets come to mind. But wine has never been our state’s claim to fame. And, to some, this has always been a little puzzling.

With its America-in-miniature status and proliferation of microclimates, Maryland’s geography and topography have always seemed suitable for grape-growing. After all,…” Click here to continue reading the full article on www.BaltimoreMagazine.com 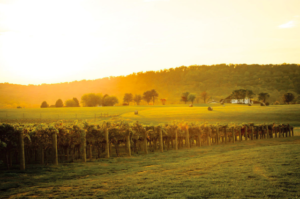 “Under gray skies on a hillside in northern Carroll County on Saturday morning, three seasonal workers from Mexico picked the last of the 2017 grapes that Bert Basignani, one of Maryland’s veteran vintners, hopes to turn into a cabernet for sale in 2020.

It is harvest season at the state’s 70 vineyards, including one of the oldest, Mowbray — established in 1964 in the Silver Run Valley, just a few miles from the Pennsylvania line, by a wine-loving, Cambridge-educated research psychologist…” Click here to continue reading the full article on www.BaltimoreSun.com 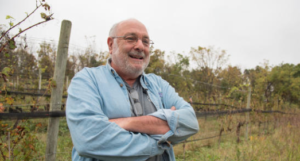 “Like the beverage produced there, the new East Baltimore home of Charm City Meadworks has some history behind it.

Mead, a honey-fermented alcoholic beverage, goes back thousands of years. Meadworks’ new facility in the Johnston Square neighborhood isn’t quite as old, but it owes its curious shape to a set of circumstances that played out more than a century ago…” Click here to continue reading the full article on www.BaltimoreSun.com 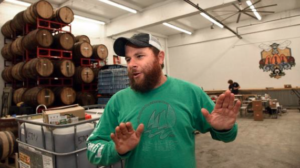 On each bottle of Willow Oaks hard cider there is a unique statement on the label: “Made with organic apples.”

Lori and Eric Rice have operated an organic orchard in Middletown since the 1980s, growing American heirloom apples and now making — for the fourth year — hard cider.

The apple harvest was well underway on Oct. 1 at Country Pleasures Farm as the first colors of fall were beginning to appear on the leaves and a shiver of cool air blew over the mountains. Unlike other orchards in the state and East Coast, the Rices’ farm has never been touched by a chemical pesticide or fungicide.