“There is no doubt that it is in our state’s best interest to keep our farms growing, thriving, and innovating, and that includes our vineyards and our swiftly growing wine industry,” said Maryland’s Governor Larry Hogan. “Agriculture is such a significant part of our history, our heritage, and our economy, and our wine producers are an important part of that.”

Winemaker Lauren Zimmerman is ecstatic about the big win. “Having won many Best-in-Class awards for our estate grown wines in the past, it is a true honor to win the prestigious Governor’s Cup,” she said. The winery plans to unveil the award-winning Barbera Reserve 2015 to the public at the 35th Annual Maryland Wine Festival on Saturday, September 15, 2018 at the Carroll County Farm Museum.

Port of Leonardtown is a cooperative winery consisting on 11 vineyards in Southern Maryland. All the grapes that go into our wines are grown in St. Mary’s, Charles, and Calvert Counties.

“It’s absolutely no surprise that Port of Leonardtown had such a huge day, said Competition Director Al Spoler. “They’ve been steadily improving for some time now, and today they entered the conversation about Maryland’s best wineries.”

About the Competition. The Maryland Governor’s Cup Competition awards the best Maryland wines produced from grapes, fruit and honey grown within the state. Fruit wines, meads, and ciders produced in Maryland that are judged at this competition vie for the Jack Aellen Cup. Named for Jack Aellen, the founder of Linganore Winecellars and pioneer of honey and fruit wines in the state, this award celebrates non-grape wines. Over 150 red, white, rosé, sparkling, and fruit wines were entered into this year’s competition, held at the Center Club in Baltimore on August 26, 2018, to be judged by wine experts from around the region. 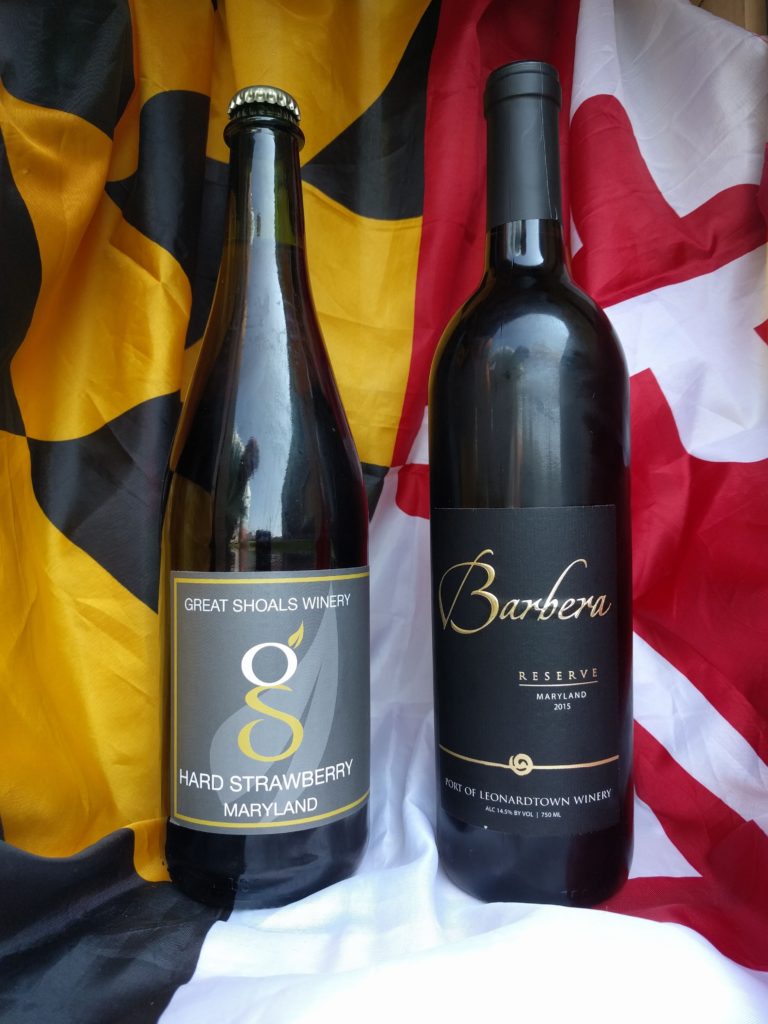 The Hyattsville Arts District is quickly becoming a destination for locally brewed libations — think Streetcar 82 Brewing Company, Franklins Restaurant, Brewery and General Store and the upcoming Sangfroid Distillery. In September, the city will be able to add mead to the list of options, with the opening of Maryland Meadworks by longtime Hyattsville resident Ken Carter. Maryland Meadworks will be the first meadery in Prince George’s County.

Mead is one of the oldest alcoholic beverages on the planet, with origins dating back to 8,000 B.C. and historic evidence of its production found across the world. It is made from honey and water fermented by yeast with an alcohol content ranging from 5-20 percent by volume. In the past decade mead has experienced a resurgence that, according to Carter, can be compared to the craft beer industry of 20 years ago where a “tight community exists that helps each other out and shares recipes.” Carter estimates that there are over 300 meaderies currently operating in the U.S. and he expects more to open as Americans get introduced to the beverage.

With so many delicious examples of Maryland rosé we’ll jump on any opportunity to indulge ourselves. A proclamation from winegeeks.com suggests today, August 14, is International Rosé Day.  If you have any Maryland rosés on hand, today is a great day to enjoy.

At the 2018 Maryland Comptroller’s Cup, several Maryland wineries were awarded medals for rosés that we’re sure you’ll enjoy. (Check directly with the wineries to be sure they still have bottles of these award-winning examples of Rosé available for sale.)

In a recent article on the Bay Net, Port of Leonardtown Winery’s winemaker Lauren Zimmerman described the 2017 vintage of Chaptico Rosé as, “…bursting with strawberry and melon flavors and has a touch of sweetness which makes it the perfect wine to enjoy on a warm day on the patio.”

About Syrah Rosé, Big Cork Vineyards describes on their website, “This wine is the perfect accompaniment to your summer plans. This lovely wine has hints of strawberries on the nose with a beautiful dry finish.”

On the Boordy Vineyards website, readers find the following description for Dry Rosé, “Resembling the classic rosés of Provence, this delicate wine displays aromas of rose petals and strawberries, with a dry finish, making it a versatile dinner wine.”

With notes of strawberries, vanilla, and tart cherry, this estate-grown Chambourcin rosé stylistically lends itself to a winder-variety of audience due to its depth and complexity.

Serpent Ridge has the following description of Cabernet Rosé on their website, “This is a delightfully refreshing, off-dry Cabernet Rose using all estate grown fruit from our lower vineyard. It has notes of wild strawberry and fresh cranberry, and finishes with a hint of white pepper.”

What:
State of the Ports and Embassy Wine Tasting
“Historically, this event draws over 250 senior level executives from the Mid Atlantic. As we have been doing for many years now, World Trade Center Institute will be featuring wines from around the world and we are seeking the support of our partners. Our goal is to feature Maryland wine to our network of international business leaders.”
When:
Wednesday, September 26, 2018, 4:30 pm to 7:00 pm
Where:
World Trade Center
401 East Pratt Street
Baltimore, MD 21202
Commitment:
Two (2) wineries are invited to participate in this marketing opportunity. Each winery may feature THREE wines at the tasting and have ONE representative on hand to discuss the featured wines and business.
*** An offsite permit is required for participation.
Selection:
Please send an email to Jim Bauckman with your interest to participate. Participating wineries will be randomly selected and notified on THURSDAY, AUGUST 23, 2018.

This was an invitation only “summit,” which included host Chateau Bu-De and 11 other wineries from all over the state. Suggested and attended by the Maryland Wineries Association, it was a chance for some of the top producers from western Maryland to the Eastern Shore to bring two of their best dry wines, made from estate or Maryland fruit, and share those with their colleagues.

[Link to full article on PennLive.com]